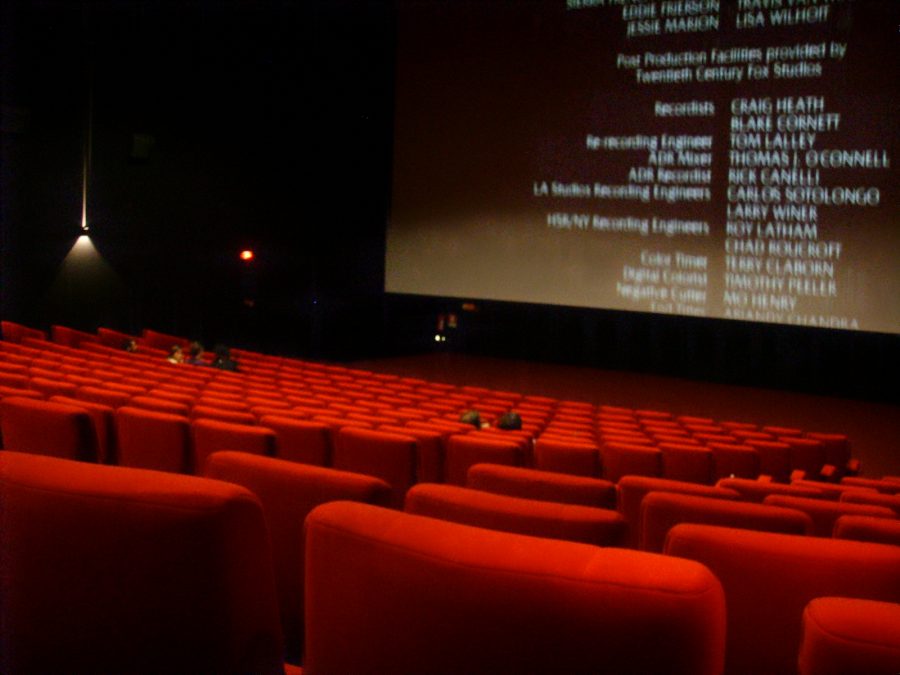 As we are approaching the end of 2014, the holiday season is beginning, which means that there’ll be plenty of movies to see with your friends and relatives. But given the poor box office sales in 2014, this season might not be super jolly for film studio execs.

Throughout this year, the film industry has been struggling financially. The box-office success of the 2014’s highest-grossing movies did not nearly compare to the range in success of those of previous years. In 2012, four films surpassed $1 billion worldwide in box office gross. In 2013, only two films. This year, only one. In addition to its commercial difficulties, the film industry in 2014 seemed to rely heavily on its marketing campaigns to popularize upcoming movies, yet even then it couldn’t uphold enough money.

With the recent hack at Sony Pictures, in which classified emails, confidential information, and unreleased films were leaked onto the Internet, the film industry has entered its most unstable state in a long time. Gradually, more and more people have invested their time and money in smaller mediums, where TV and smaller-scale film earn much more viewership. So why is this happening? Why are people slowly losing interest in one of the most prominent businesses in entertainment? Here are my three speculations as to why this might be:

People just aren’t that interested in big-budget blockbusters anymore. With the Harry Potter series finished and the Hunger Games franchise approaching its ending soon, box office sales are going down. According to Rentrak, a box office data company, movies experienced their worst summer this year, with ticket sales in the United States and Canada totaling roughly $3.9 billion, a 15 percent decline from the same stretch last year. This may be because movie theaters nowadays are overloaded with prequels, sequels, rip-offs, remakes, adaptations, and biopics. From a teenager’s perspective, particularly as Avi Sholkoff ‘15 notes,  most movies that are made now are “historical [movies], superhero movies, or comedic movies.” Though Sholkoff doesn’t think it’s “necessarily a bad thing,” he acknowledges that “filmmakers should be more creative,” and that “the film industry needs more innovation.” Considering the decreasing rate in consumers of film, it seems as though the film industry really is starting to lose its magic touch. Take Marvel for example: their recent preemptive plan to make eleven films in the next five years, which includes six sequels, guarantees commercial success, especially with a large fanbase. Yet in the midst of the film industry’s box office crisis, it’s inevitable that audiences will continue to grow tired of the same recycled, overblown movie franchises they’ve been used to since the early 2000s.

Too much marketing and too much budget:

Film promotion has always played a huge role in a film’s profit at the box office. We see movie posters displayed on billboards, watch movie trailers while browsing the Internet, and catch movie spots on TV. But lately, because of the decline in box office profits, the allure of marketing campaigns has diluted as well, its exposure on media outlets now used almost out of desperation. In 1980, the average cost of marketing a studio movie in the U.S. was around $4.3 million ($12.4 million in today’s dollars). Since then, the cost has shot up to nearly $36 million. Not only can the extreme costliness of marketing hurt film studios, but it can overestimate the potential of a movie’s commercial success. Tom Cruise’s sci-fi thriller Edge of Tomorrow became one of 2014’s biggest box office failures, with its $178 million budget and $100 million marketing cost outweighing its minimal $20.1 million gross during its opening weekend in the US. Essentially, Warner Bros., the studio that distributed Edge of Tomorrow, lost a ton of money despite the film winning critical acclaim and eventually reaching a $369.2 million worldwide gross. Nevertheless, Edge of Tomorrow was poorly marketed and was even predicted to have a lukewarm domestic gross before its release. In contrast, 2014’s biggest box office success, Michael Bay’s bloated Transformers: Age of Extinction, was marketed well and performed admirably, despite it being the most panned Transformers film so far. Even movies with critical acclaim are no match for the high and mighty blockbuster. However, despite its $100 million opening weekend gross and overall $1 billion worldwide gross, Transformers didn’t perform as well domestically as it did overseas. According to an article in the Hollywood Reporter, Age of Extinction cost no more than $3 million to $5 million to market to Chinese moviegoers and still became China’s highest-grossing film of all time. Yet there remains a stark contrast with its $100 marketing cost in North America. Even with Age of Extinction’s gigantic earnings, the US film industry still needs to find a more effective way to attract moviegoers.

We’re currently in a modern age filled with seemingly limitless access to any kind of digital file. Young consumers of digital media are gradually shifting their money from the silver screen to the screens on computers and phones. Streaming media outlets, such as Netflix, Hulu Plus, and Amazon Prime, have already garnered a large portion of the American public over the past year. All three streaming services utilize an unlimited supply of well-known movies and TV shows. Not only have these platforms breathed life into American consumerism, but they also have begun to create their own innovative, original shows, such as Amazon Prime’s “Transparent,” and Netflix’s “House of Cards” and “Orange is the New Black.” With smaller-scaled production, reasonable budgets, impressive marketing, and online hype, these shows on streaming media services have become the go-to places for entertainment. Perhaps this is because the cost of tickets for feature-length films are pricier, and anyone can just wait until a movie comes out of DVD or Netflix. As Britt Jacobson ‘17 points out, watching movies on Netflix is much “more convenient in a lot of ways” in that it’s easier and cheaper to “stream [a movie] at home than to go out to a movie theater and spend money on parking and tickets.” Although Jacobson believes that “Netflix doesn’t offer the same recent movies like a movie theater,” she feels that Netflix offers a more comforting experience, since she “can’t snuggle under a fuzzy blanket in [her] PJs at a theater.”

Of course, this isn’t new news. For years, the film business has used grandiose action megahits to feed the box office and emotional, thought-provoking festival winners to fill in the awards season. But in 2014, millennial consumers have slowly crept away from the dying industry of film. Hollywood may have lost its charm, but there remains hope. Social media can still provoke interest and word-of-mouth. When 2015 begins, we can only anticipate that the film industry will regain what it’s currently losing: its profits, its allure, and its audience.