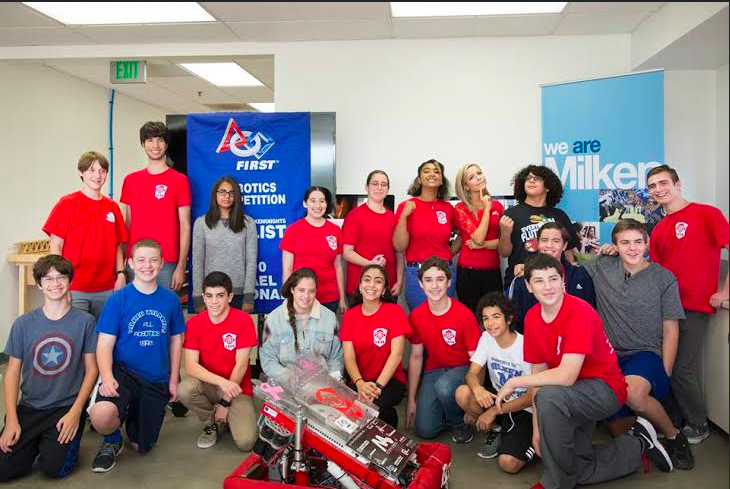 Students shuffled to their seats as very special guest speakers joined Milken for the town meeting on November 24. Nancy Conrad, founder of the Conrad Spirit of Innovation foundation, joined with current Miss America Kira Kazantsev to help promote women in S.T.E.M, which stands for Science, Technology, Engineering and Math.

Conrad has carried forward the inspiration of her late husband, astronaut Pete Conrad, through the Conrad Foundation. During her speech, Conrad spoke to the students and encouraged greater participation in S.T.E.M. Her foundation is premised in innovation and entrepreneurial pursuits. Each year they conduct the Conrad Spirit of Innovation Challenge for students around the world. Categories range from health and nutrition, to human expedition devices on Mars. Winning cash prizes are put towards bringing the concept of these devices to reality.

Women are noticeably underrepresented in STEM with only 18% of women showing a demonstrate interest in a related career. It is Kazantsev’s desire to encourage the empowerment of women.

“I attended a leadership organization in Washington and one of the biggest things that stuck out in my mind was how only 4.0% of CEO’s are women. That’s why it’s so important for women to get involved: it’s for women to pursue their education,” Kazantsev said.

Alumni Michael Hakimi (‘07) and Talia Nour-Omid (‘07) joined the conversation as well to discuss their experience as finalists in the 2007 Conrad Spirit Of Innovation Challenge. They spoke about how their work in the competition has helped focused their interest as entrepreneurs for their own businesses.

After the town meeting, students bombarded Kazantsev for a selfie. She was later given a tour of the MAST room where the Milken Knights were able to demonstrate the frisbee robot. Kazantsev was allowed to drive the robot and release a frisbee, an experience, as she explained, that she will likely remember for some time.