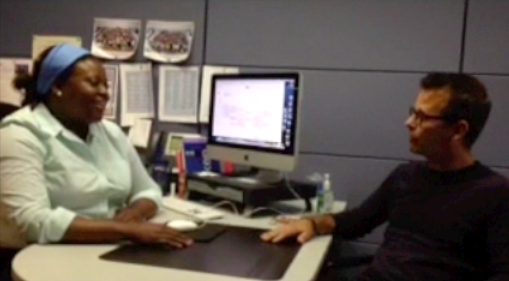 Vocal fry, as defined by Science Magazine, is a “low staccato vibration produced by a slow fluttering of the vocal cords.”

I had never heard of this term until one Tuesday morning when I met with my college counselor, Ms. Nia Kilgore. After our one-on-one meeting, I was amazed. Sure, I noticed that stereotypical “valley-girl” accent that actresses use on TV, but I was unaware that vocal fry was actually “a thing.”

After I walked out of the college-counseling office, my ears became incredibly sensitized to even the most subtle displays of vocal fry.

Although vocal fry is usually associated with the “valley-girl” stereotype, studies indicate that this low pitched vibrato sound is becoming an increasingly prevalent speech pattern amongst college aged women everywhere. Additionally, vocal fry is not exclusively linked to complaining, but rather, it exists in everyday, normal conversations.

Studies indicate that vocal fry can impact individuals negatively in the work arena. According to researcher Chris Dicanio at Yale University, “When people don’t sound like themselves, others naturally don’t trust them as much, making the speakers less likely to land a job.”

Nonetheless, it is no wonder that vocal fry, which actress Lake Bell coins as “sexy baby vocal virus,” is becoming progressively widespread when vocal fryers such as the Kardashians and Britney Spears inundate the media.

If you are still unclear as to what “vocal fry” sounds like, please refer to the “mockumentary” below that Ms. Nia Kilgore and Mr. Michael Wiesinger graciously agreed to star in.