When the Man on Beverly Glen Sees a Woman: Notes on Catcalling 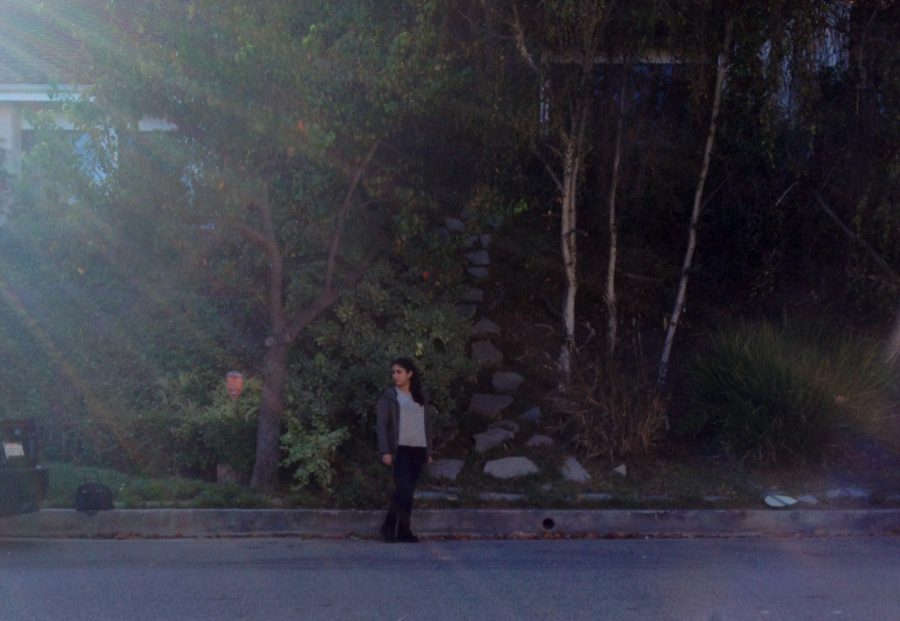 My walk to Starbucks was interrupted by a low whistle.

I turned to my right and found a man in a pickup truck winking at me and making kissing noises. I rolled my eyes, gagged a little bit, and continued on my way, but on the inside I was laughing at the irony. Just moments before leaving the house, I had watched the viral PSA in which a woman walking the streets of NYC is catcalled by men over 100 times within a span of 10 hours. Of course, like most important things on the Internet, the video received an overwhelming amount of criticism. Much of the backlash sounded a little something like this: “Oh, come on, ladies. Lighten up! These whistling, lip-smacking men are actually just giving you a compliment. Admit it, deep down you’re flattered.”

I speak for most women when I say: No. Absolutely, positively, all kinds of no. There is a distinction between giving a woman a compliment and informing her that you want her in your pants. A catcall, which is formally defined as a loud whistle or comment of a sexual nature made to a passing woman, is really a prime example of objectification.

The man in the truck on Beverly Glen was clear on the other side of the street; there was no way he could possibly see my face. To him, I was a passing pair of breasts and a butt. I should not be expected to take his whistles as a compliment when I know he would have done the same to any passing woman. There is no gratification in being acknowledged for being female and having hips.

If a stranger is able to see my face, I have no issue with a well-intentioned compliment. If he wishes to politely tell me that I look nice today, there is little reason to take offense. However, because intentions are often difficult to decipher, there is a gray area between compliment and catcall — the area that many defenders of catcalling choose to focus on. But to dismiss a discussion about the countless whistles and shouts made by men who are thinking, seeing, and feeling Sex with a capital S, solely because of that gray area, is to be entirely irresponsible and negligent.

Just to make it clear, I am not an idealist. I appreciate men and women’s biological drives and our inability to alter them, to a certain extent. I acknowledge that men are going to look, and that in many cases they will be thinking about sex. Men (and women) will always objectify. But to say something, to vocalize the sexual attraction and desire to touch or have sex with me, is a direct manifestation of a man’s feeling of superiority to the point that it is acceptable for him to sexually subjugate me and openly declare his desires. Basically, it embodies the belief that his gender gives him a license to treat me like a sexual object. It is the man looking at the girl on the street as a potential conquest.

Women are expected to take this subjugation with grace and a smile. We are seen almost as social displays, like walking statues, that should be open to praise and public observation. But we are not made of marble. We are humans, ones who must be constantly on guard and afraid of sexual harassment as we go about our daily lives, with much reason to feel this way.

Some say that catcalling is not a feminist issue. They call it a double standard, questioning why it is acceptable for a girl to tweet that she wants Dave Franco or #AlexfromTarget in bed, but a man who says something similar is accused of objectifying. These people are correct in that women should be held equally responsible for their comments, as sexual objectification is a two-way street. But there is a subtle difference between online comments and face-to-face ones. For one thing, it is much more common to see girls and women remark on men’s sexual appeal on social media or amongst their friends than it is for them to speak directly to the man in question. For example, a girl might tweet that she finds a certain boy attractive, but she would likely not tag the boy or address him in the tweet. Similarly, it is extremely rare to see women catcalling men in public. The reality of our social structure is that women don’t feel the same sense of power to suggest dominance over men in their presence. It is on the street, where interaction is as real and personal as it can be, that the true colors of the social structure begin to show and catcalling becomes a feminist issue. While objectification should be generally discouraged, there is something slightly more demeaning about objectifying someone in a direct manner. And right now, with the way our world works, the burden rests primarily on men’s shoulders.