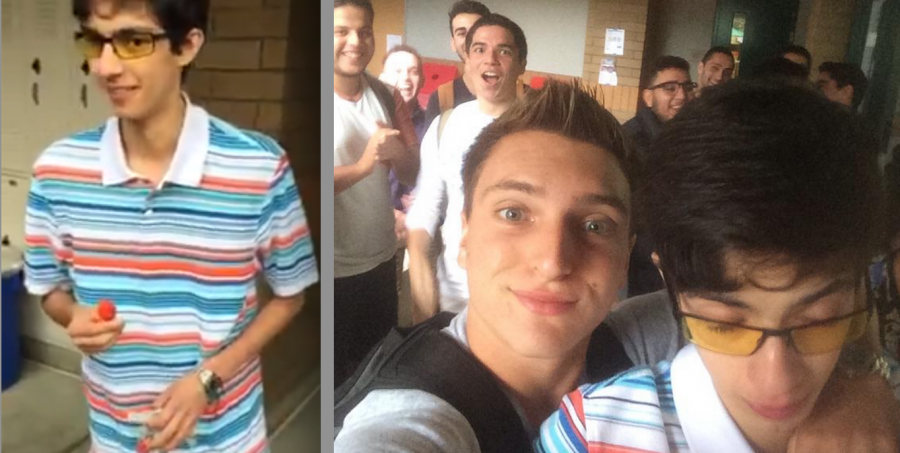 It was a calm morning. The 10th grade Spiritual Practice was cancelled, and all was quiet.

Then the horror began.

A group of kids gathered around Johnny Stanman ’17. Murmurs from the crowd surrounded him. “He’s about to eat the hottest pepper in the world!” Stanman was holding a plastic bag of three unusual looking peppers. All of the sudden, he ate one pepper — whole.

–“The Carolina Reaper” was rated as the world’s hottest pepper by the Guinness World Records in 2012.

–The Carolina Reaper is a hybrid cultivar of the chili pepper of the Capsicum Chinense species, originally named the “HP22B”, bred by cultivator Ed Currie, who runs PuckerButt Pepper Company in Fort Mill, South Carolina.

At first, Stanman seemed unaffected by the pepper. Unfortunately, this only lasted for about ten seconds. He took off his yellow glasses, and the the 2,000,000 units of heat kicked in. 400 times the spice of a jalapeño pepper hit Stanman like a speeding bullet.

The next couple minutes were unpleasant for both Stanman and the bystanders. Stanman began suffering and gasping for air. Sources said he was asking for milk.

Battling the flames, Stanman lowered himself to the floor in order to cope with the heat. Fern was immediately informed of the situation, and did what she could to help. Stanman was granted access to the freezer, and the Milken Mart doors were closed. After about 15 minutes, Stanman walked out drinking a pint of milk and was greeted by an applause from the crowd of students chanting his name.

“It was the worst experience of my life,” Stanman said.  “Just terrible. The most pain I’ve ever been in. But it will be a great story to tell my grandkids.”

The sophomore’s motive apparently came from a couple of friends who offered to buy him a “Vermonster Bucket” from Ben & Jerry’s. Enjoy your 20 scoops, Stanman.