Music Review: Alt-J’s “This is All Yours” 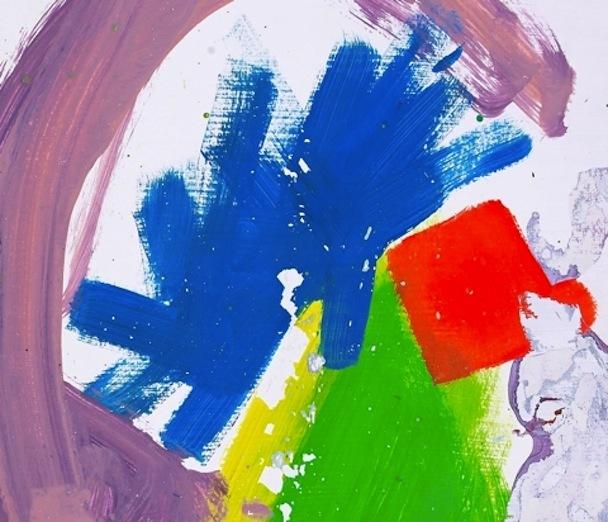 The origin of Alt-J’s name derives from two unique sources: a Mac keystroke and the mathematical definition of change. Integrating these concepts of technology and arithmetical variation into their music, Alt-J redefined the boundaries of rock music in 2012 with their outstanding debut, An Awesome Wave. By combining a diverse set of genres and blending them into a smoothie of colorful and ethereal melodies, An Awesome Wave became one of the most beguiling rock albums in recent memory. Not only did Alt-J gain success by receiving the coveted Mercury Prize Award, but their hit singles “Breezeblocks” and “Tessellate” also helped the group rise into mainstream prominence as one of the coolest and most mysterious new bands.

Utilizing electronic synths, hypnotic folk, and psychedelic pop, the experimental UK group quenched the thirst of eager music listeners and garnered a positive reputation among critics, some even comparing them to Radiohead. However, with all that in mind, some critics note bits of chunkiness in Alt-J’s music, such as their outlandish lyrics, lack of direction, and uneven tones. Unfortunately, these tiny, harrowing factors continue to resonate, especially on the band’s follow-up album, This Is All Yours.

Like its predecessor, This is All Yours is ambitious, but it’s also artistically messy and overstuffed. The record’s haphazard set of droopy, dreamlike hymns and raucous, raunchy jams make it seem as though Alt-J made This is All Yours with a halfhearted effort. Essentially, the group’s follow-up record lacks what made An Awesome Wave so deliciously marvelous. It’s almost ironic, as Alt-J spent at least five years developing their first album and only five months making this one.

Within the first eight minutes of the album, you can already tell that This is All Yours is not only unexciting, but that the English trio also seem rather uninterested in what they are playing. Beginning with the trippy but repetitive “Intro,” the band isn’t off to a strong start. Lead vocalist Joe Newman’s muffled noises make his signature slurred warble sound even more incoherent than before, while a string of la-las and disorienting percussion play incongruously in the background. The record continues to drag onto track two, “Arrival in Nara.” Though the serenity of the instrumental is enjoyably atmospheric, it’s too gentle and frail to carry its own weight through its strenuous four minutes.

We finally get a pulse out of Alt-J on the album’s third track “Nara.” Its snarling synths, woozy bass, and twinkly piano riffs pound furiously against Newman’s tender voice. However, Newman makes a few questionable choices with the lyrics (For example: “Love is a pharaoh and he’s boning me”). It’s almost if Alt-J is trying to paint a beautiful picture, but it just comes out fuzzy, weird, and mish-mashed, much like their Jackson Pollock-inspired album art. On the album’s most overtly carnal song, “Every Other Freckle,” Newman tries to be romantic but comes off creepy, strange, and downright laughable with pickup lines such as “I’m gonna bed into you like a cat beds into a bean bag” and “Let me be the wallpaper that papers up your room.” Things get even weirder with the generic lo-fi jingle “Left Hand Free,” which is so musically and structurally conventional that it could be mistaken for a song from another indie-alt rock group.

However, Alt-J makes a decent attempt at being avant-garde with the bizarrely beautiful “Hunger of the Pine.” The album’s five minute centerpiece features electronic bleeps and enigmatic violins that shift into a sample from Miley Cyrus’ “4×4,” in which the pop singer proclaims, “I’m a female rebel.” Though Cyrus’ snippet has absolutely nothing to do with the actual song, it’s oddly entrancing and weaves directly back into the innovative sound that made Alt-J so unprecedented to begin with.

Although the latter half of This is All Yours isn’t all that remarkable, it is more cohesive. Instead of resorting to another round of experimental pop and confusing lyrics, the album becomes more folk-oriented and traditional, which Alt-J fortunately pulls off. The chilling “Warm Foothills” and euphoric “The Gospel of John Hurt” provide some nice ambience for listeners. Although the Jack Johnson-esque “Pusher” pulls the band briefly back into formulaic territory, Alt-J jumps in again with the sensuous “Bloodflood Pt. II.” It isn’t until the way end of This is All Yours that Alt-J brings their A-game, with the post-apocalyptic jam “Leaving Nara” and a surprisingly wondrous cover of Bill Withers’ “Lovely Day.”

Experimentation seems to be both a strength and a weakness for Alt-J. Their mastery of music software and various instruments allows them to constantly tinker with sounds and sound effects. But it’s all a matter of what it will end up sounding like, which unfortunately hasn’t worked on This is All Yours. It’s obvious that Alt-J is still trying to figure where they stand in terms of rock music. Though they may be lucrative and favored among many listeners now, they still have a lot of learning to do before they run out of steam.