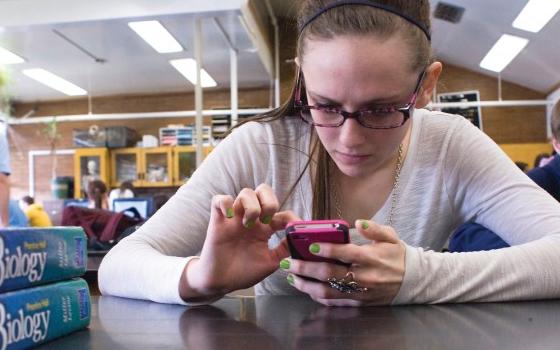 #icebucketchallenge #Ferguson. Teens and twenty-somethings have created hashtags to trigger change and raise awareness about issues they care about. We have been admonished for only “hashtagging” a topic, claiming to know information when really we are simply joining the crowd.

It is time for the world to realize that hashtags are now a centerpiece of our culture. I knew what was occurring in Ferguson, but did not understand the magnitude of the situation until I saw it trending on Twitter. After seeing the trend, I searched and began to read about the unjust actions committed by the Ferguson Police Department. This curiosity and inspiration to act all started with a hashtag I saw while browsing my Twitter timeline.

It’s 2014, a time when social media is the leader in breaking news. In addition to the plethora of Buzzfeed Quizzes and pictures of Starbucks, there is information about current crises and campaigns for charity on Facebook and Twitter.  The spread of the ice-bucket challenge was solely because of the power of social media. People can condemn the refusal by many to donate, and instead dump ice, but the ALS Association has enjoyed the benefits of the ice-challenge.  Without the creation of a video by Pete Frates, and his friends’ subsequent sharing of the video, many people would be still be unaware of the ALS disease. Sure, some of us teens did not donate, but we are now aware. Some posts on Facebook include descriptions of the disease, or links to the ALS Foundation website.  We now understand the terrible feeling of an ALS diagnosis, and will not be misinformed for the future. For now, this awareness is enough. Unlike the unsuccessful Kony 2012 campaign, the ice-bucket challenge has allowed those with the disease to speak out. People who have this disease are using the challenge to thank the world for the new-found awareness of ALS.

I desired to participate in the Ice Bucket Challenge not only to cool myself down during a warm August day, but to be part of a viral movement to promote the horrific disease that is ALS. The mission of the Ice Bucket Challenge is not to cure ALS, rather it is to teach people about the disease.  Maybe, In the future, a teenager who learned about ALS through this challenge could be the doctor who finds a cure.

For current events stories, your tweeting and and hashtagging will allow others to find out about the issue, and possibly do something about it.  When I clicked on the trend for Ferguson, I stumbled upon Rembert Browne’s excellent piece about the situation. I learned in depth about the protests, and explained them to my peers as well. This desire to learn more would not have begun without the #michaelbrown or #ferguson I saw on social media.

Police are still harming protesters in Ferguson. ALS is not cured. Has social media affected anything? Social media has allowed people to protest against Michael Brown’s murder even though they are not in Ferguson. Without Twitter, Howard University Students could not have shown their solidarity for Michael Brown. Twitter is a medium that permits people from all over the world to not only post about the hamburger they had last night, but to speak their mind as well.  These students utilized it to protest an injustice.

Imagine if Twitter was around during the Civil Rights Era. Think about the greatness of hashtags such as #ihavedream or #selmatomontgomery Hashtags don’t sound too unnecessary anymore, do they?