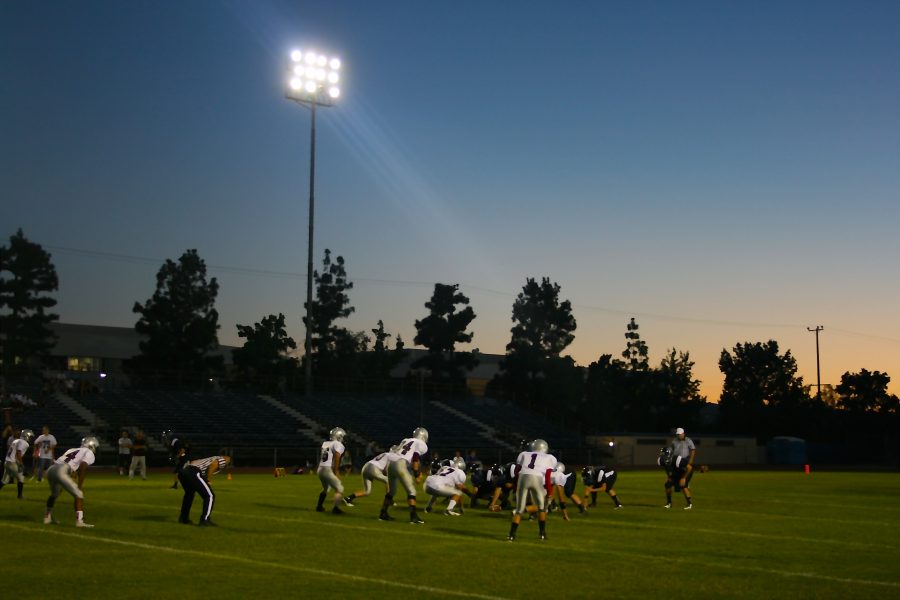 After a strong opening quarter, the Wildcats maintained their lead to defeat the FBA Swordsmen 36–26. The win last Thursday set the bar high for the remainder of the team’s third season under Coach Greg Weiss, as well as Milken’s fourth season of tackle football. The team especially hopes to improve on last year’s outstanding season.

“Last year was preparation,” Weiss said. “We’re just trying to grow up now — getting older, getting better, getting stronger.”

The Wildcats started the game with a remarkable surge. Milken’s opening drive started and ended with an impressive 50-yard rushing touchdown by running back Jake Fleshner ’15. With two more scores made by Fleshner, including an interception for a touchdown and a short run, the Wildcats led 22–0 after the first quarter.

But the Swordsmen proved their persistence. Led by senior running back Micah Oh, Faith Baptist Academy came back scoring 20 points in the second quarter. Nevertheless, Milken was still ahead 28–20 at halftime.

After halftime, the Wildcats defense demonstrated its stinginess, giving up only six points. Weiss praised his squad for playing a “very gutty second half.” In the fourth quarter, Milken gave the final blow to the Swordsmen with another long rushing touchdown, making the final score 36–26.

“It felt good,” Fleshner said. “But I’m not about the individual stats. I’m just about winning the game, so it felt good to finally kickoff the season with a win.”

Last season, the Wildcats’ boasted an impressive 7-1 record, coming out first in their league. But the team missed out on the playoffs due to a technicality. Dustin Meyers ’14 and Josh Faggen ’14, leaders of the 2013 team, have departed. This season, Milken brings on many impressive freshman, including Joey Cavallo, the 6-foot-3 starting cornerback.

“I’m looking forward for the new guys,” Fleshner said. “We’ve got some new young talent and I think we can come out and win some games.”

The Wildcats will face-off against California Lutheran in their first away game of the season Sept. 4. A live-stream will be broadcasted on http://www.livestream.com/milkenlivestream.