Are We Safe, Milken? 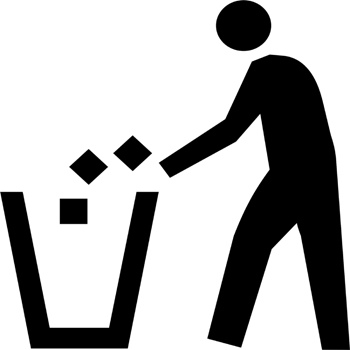 Students have frequently been told in town meetings, class meetings, as well as in e-mails, to clean up after themselves so others do not have to do so for them. There was even an imposed threat to the entire school that a “stick and carrot” plan would be put into effect, literally meaning that students would be rewarded with carrots if conditions improve, or terrorized with violent medieval weaponry if they fail to keep the school tidy.

“I’m sick and tired of swimming through this garbage. What do you think this place is? The back of my C-250?” said an anonymous source who has no affiliation with Milken. *

Members of the community feel as though they have had enough and demand that this issue comes to an end.

There has been word that undercover cops will begin circulating Milken dressed as students and faculty members, scouting out people who violate the simple code of cleanliness. But who could these mysterious individuals be?

Recent tips from unidentified viewers have hinted that these are a few suspects to watch for:

What are the odds that a family can conquer both the faculty and student world? The said to be “spiritual” duo, Shawn and Noam, is a key suspicion; one rabbi, one actor, working together to take you down. But before they do so, expect them to squeeze in an intellectual conversation that will leave you questioning your entire existence. Don’t let them trick you into their spell of utter kindness.

The man who “knows it all,” Austin Shalit strides through the halls of Milken acting as a rescue when the community is in need of technological assistance, or just a board marker. Doesn’t he have his own parking spot? Doesn’t he have access to the school at all times? Doesn’t he have the key to our souls? When facing him on campus grounds, avoid eye contact, because if you don’t see him, he won’t see you.

You may have thought he was filming his new movie; traveling the world and meeting cool people. But really he has been in hiding, camping out in that one vent in building 2 that is directly above that one desk that has so many cute little doodles, catching students who “forget” to throw out their trash. It is no shocker that he can use his incredible acting skills to fool us all. Skyler is coming for you, and it doesn’t look pretty.

Milken, be careful and cautious. Make sure to double-check all your actions. Nothing crazy will happen, just possibly a laser attack.