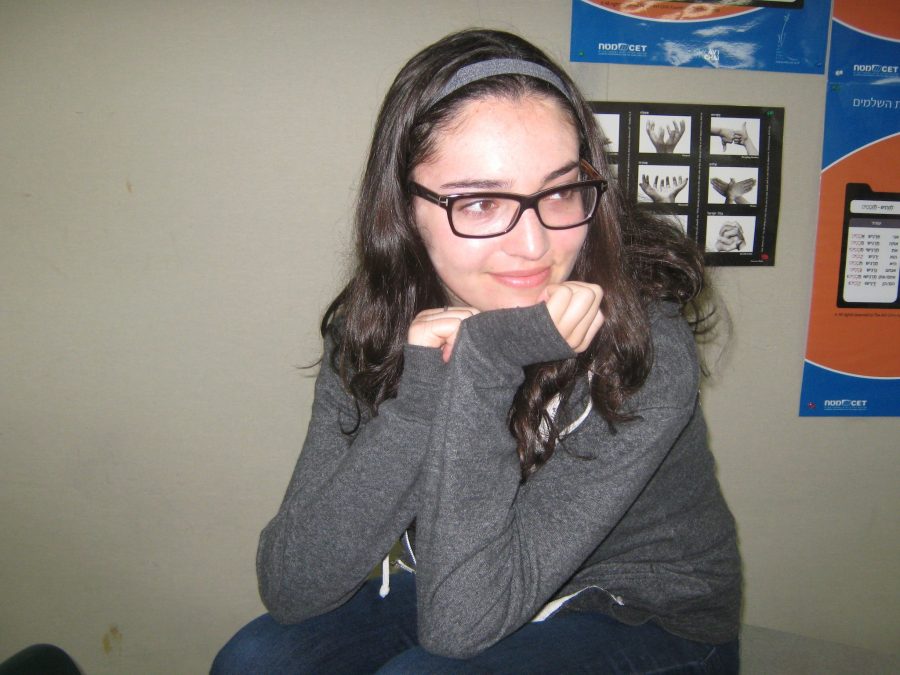 Ever since Samara Wolpe ’15 was young, she buried herself in books and constantly found herself writing. In fact, when she was only four, she wrote her first book titled “All about Cows.”

“It was very informative. I learned about cows and wrote about them. I still think think it’s my best book,” Wolpe said.

Now in the middle of her junior year of high school, Wolpe has written a total of three unpublished books. In addition, she has her own private poetry blog. Although Wolpe has not published any of her poems, this spring, her poem, “The Amateur Poem,” where the irony is intentional, will be issued in an online literary magazine, The Write Place at the Write Time.

Wolpe started writing poetry not long ago. Before that, she mostly wrote short stories and novels.

This past summer, she spent three weeks studying at Stanford University, attending a course on poetry and fiction.

“I loved the program. It was the best three weeks of my life. People who were like me congregated there because we all had a common interest. I made a lot of friends from all over the country,” Wolpe said.

This year, her schedule is mainly composed of courses focused on English, such as the Study of Poetry, Honors Creative Writing, and Honors English.

Wolpe explained that in her future she wants to surround herself with “something involving writing, writing novels hopefully. I am really interested in autism so I want to combine the respective fields of psychology and writing.”

Every Thursday after school, Wolpe spends time with children with autism at the Miracle Project Program.

“It’s the best part of my week,” Wolpe said.