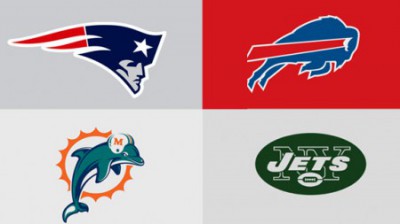 The Bills season was not all bad, despite finishing at 6-10. The team seems to believe they have a quarterback for the future in EJ Manuel, allowing them to continue the rebuilding process. In 2013, the Bills offensive line really struggled in pass protection. The Bills gave up a league high 48 sacks, and although some of the blame should be attributed EJ Manuel, this cannot happen if the Bills want to contend for playoffs.

To be successful, the Bills must build around E.J Manuel. To start, they have to upgrade their offensive line. Also, EJ Manuel needs dynamic targets to facilitate the process of becoming an upper tier quarterback. Such a player is Mike Evans, to-be rookie WR out of Texas A&M. Evans, 6-5 and 225 pounds, is a physical receiver with Pro Bowl potential. Another need for the Bills is a safety, but the Bills should not expend a first round pick for this. Rather, they should use a second or third round pick to draft Ahmad Dixon, safety from Baylor. Dixon would be projected as a first round talent, except for attitude concerns. But, if the Bills are able to control this, he could be a big steal.

A week 17 disappointment caused the Dolphins an early departure from playoff contention. The Dolphins lack of offensive play makers really hurt them this season as they scored only 19.8 points per game, finishing 26th in the NFL. Also, the pass defense has room for improvement. Despite this, the Dolphins are not far from being a playoff contender.

Ultimately, the Dolphins want to make the playoffs and to challenge the Patriots for the division title. To do this, the Dolphins should sign Eric Decker. Decker would compliment Mike Wallace perfectly. As a slot receiver, and in spite of lots of competition in Denver, Decker still managed to record 11 touchdowns and 1288 yards. Another reason Decker is an ideal target for this team is his consistency, with Decker having at least one reception in every game. The draft however, should be focused on strengthening the offensive line. Both running back Lamar Miller and Tannenhill suffered from poor offensive line plays in 2013.

Once again, Tom Brady and the Patriots surged to a division title, in spite of less big name targets. With Rob Gronkowski, Danny Amendola, and Shane Vareen out much of the season, Julian Edelman rose up to the challenge of being Brady’s favorite target. The Patriots finished at 12-4, good enough for the second seed in the AFC playoffs. Despite the great offensive numbers for this team, the defense was inconsistent. This team missed Vince Wilfok’s presence on the field following his injury early in the season.

The Patriots must keep Brady healthy and provide him with receiving targets. The Patriots are known to trade down in the draft successfully (Tom Brady, was a sixth round pick). This year’s draft should be no different. They should trade down and get more picks. These picks should be focused on defensive tackle and cornerback. If Pro Bowl cornerback, Aqib Talib, does not remain with the team, the Patriots would be in deep trouble defending the pass. Also, Vince Wilfork is coming off a serious injury and is not getting any younger at 32.

Despite finishing 8-8 and missing the playoffs for the 3rd strait year, Geno Smith turned out to be a good quarterback. The Jets shocked everyone finishing where they did. At the beginning of the season, many expected them to end in last place. In spite of this, the Jets finished the season contending for a playoff spot.

The Jets are not far from having a playoff caliber roster, but several areas still need to be improved. To start, the Jets need to upgrade at running back. Despite a respectable running game in 2013, the Jets need a high-powered big back who can get into the end-zone. Secondly, the Jets need to rebuild at cornerback. After Darrel Revis left for Tampa Bay in 2012, the Jets pass defense suffered tremendously. The third major need, a big play receiver. The Jets should explore free agency for this need and attempt to sign Hakeem Nicks. Nicks, despite being injury prone, has all the ability to be a number one receiver in the NFL.